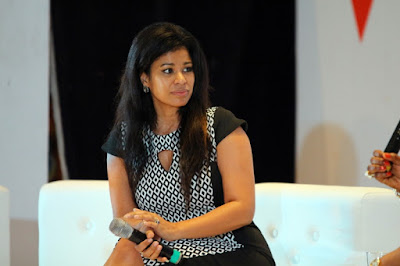 Why nameless badly wants a baby boy check it out!!

Her one minute video posted online
sought to explain that peace leads to justice being served while conflict and violence leads to more injustice.
Julie’s video had been captioned “Don’t let pseudo intellectuals lie that one can seek justice via violence.”
The caption was interpreted to have been in reference to economist David Ndii’s earlier tweet on the country burning if the elections are a sham.

Julie’s video was retweeted hundreds of times and attracted over 200 comments.

Don’t let pseudo intellectuals lie that one can seek justice via violence. Conflict is the mother of injustice & she breeds a multitude.

However, in their comments, some users lashed at the former TV host for insinuating that people should settle for lack of credible elections just for peace to prevail.

I disagree. Mau Mau didn’t use psalms. They used violence. As the language of the voicelessness. Even our flag has the symbols!
— Real Peasant.© (@kenyanpeasant) July 5, 2017

Never again shall we be fooled with clarion calls for peace. To have it or not, is all on @IEBCKenya. U shld be asking 4 credible elections
— Romana (@Thumbelinarh) July 5, 2017

Purveyors of injustice and their enablers better be warned; peace is an outcome not an act. Justice is an act.

Julie went on to clear the air on her sentiments tweeting:

Don’t care what you think of me, bt I’ve seen the result of war, wld not wish it on you/your loved ones. Ever.
Don’t wish it upon yourself.
— Julie Gichuru (@JulieGichuru) July 5, 2017

Peace is a gift.
Do not be the fool that scorns it.
To seek redress for injustice, you don’t multiply injustices.
Don’t bleed for politics.

I see you fighting back hard.
Peace is a gift.
I believe in justice & in non violent action in the event of grievances #Peace
— Julie Gichuru (@JulieGichuru) July 6, 2017

As long as BAD leaders & self-serving opinion leaders try to normalise conflict and violence, I will speak to the importance of peace.

I feel you. But don’t be cheated.
We ALL want free & fair elections.
We ALL do.
If anyone thinks there are issues, nonviolent action is key.
— Julie Gichuru (@JulieGichuru) July 6, 2017

The discussion led to a top trend in Julie’s full name as users weighed in:

Hey Julie Gichuru, can we download peace from the portal too?

If only Julie Gichuru was as outspoken against corruption as she is about perceived incitement.
— Mr. H (@githaka_) July 5, 2017

They criticize Julie Gichuru for being a peace advocate, Nasa supporters think that elections are only credible if Raila wins, smh

READ more  Huddah monroe new Bae ,who is he?

Huddah has of late been standing out as truly newsworthy on a few sensationalist .Newspapers on account of her ‘Kufunga duka’ Slogan. Clearly she has chosen to decline sex since men are presently misbehaving. Far from that she has additionally been urging young women to contribute while they are youthful. As per her, men will […]

Larry madowo humbled meeting one of the world best journalist”CNN”

NTV’s motormouth, Larry Madowo, flew to the Catalan capital of Barcelona to attend the world’s greatest mobile event; Mobile World Congress 2015 and while there, he met one of world’s greatest reporters and was overwhelmingly humbled by his presence. Larry Madowo might the ‘man’ in Kenyan context but in the world, the ntv news anchor […]

NRG Radio presenter ‘Xclusivedeejay’ has come under attack for saying that ‘match-fixing may be business like all other.’ The host of ‘NRG Radio Breakfast Club’, whose real name is Joram Baraka Ndege, questioned why FIFA, the world’s football body, should investigate the crime among players, saying “I don’t see anything wrong with match-fixing.” The thoughts, […]